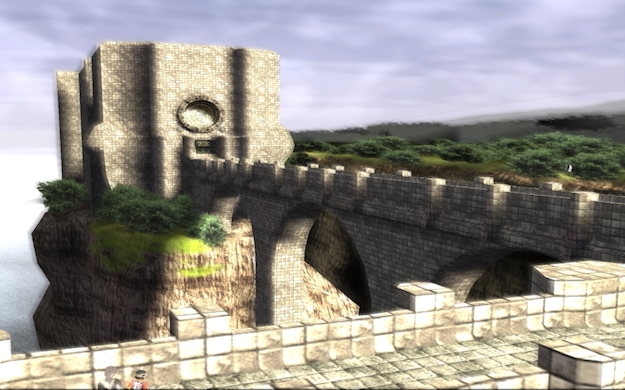 Between games like the original Tomb Raider, and the Uncharted series, it’s pretty clear that Ico is neither the first nor the final word on climbing ruins in videogames, but as I sidled along a wall through a place where the vertical stonework had crumbled away, I found myself thinking about the tension between aesthetic brokenness and gameplay design.

The castle in which Ico takes place has to meet very specific perimeters in order to function as and interesting and functional game world. It has to be navigable — which is to say that it has to be readable. The player has to be able to engage with the environment and be able to recognize which elements are functional, and which elements are not. If there is a ledge too tall for the player to jump and grab, there has to be a box to be moved into place, or a stairway just around the corner, or it has to be clearly and unambiguously too tall to be scaled. Stones designed to crumble under the player’s feet have to be visually marked in some fashion, or they have to shake before they disintegrate, or they have to be in the same place every time the player tries to cross.

None of which, of course, has anything to do with the way actual architecture erodes and decays. 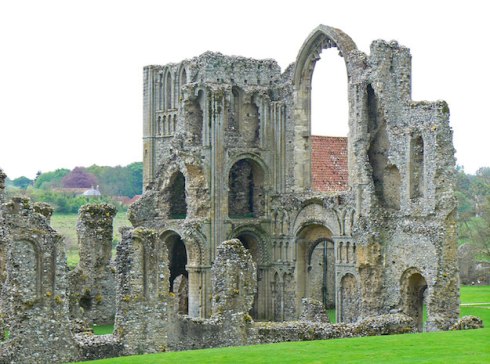 The narrative of Ico makes a very different set of demands on the environment. In order to be playable, there has to be a solution to every puzzle, but in order to fit the story, the player has to feel as if the horned boy is defeating his environment — coaxing long abandoned machinery into movement, squeezing through places where the masonry has failed. The impulse motivating the action of Ico is escape. The boy, as far as the player is given to believe, is never meant to leave the casket into which he is shackled in the very beginning of the game.

Except that he is, and he does, in an act of narrative design before the player is — or can be — given control. Something in the world is broken very intentionally, and so the game works.

This, of course, is in no way unique to games. It can be argued that every story requires a broken world, especially (but not only) fable and fantasy. The Chronicles of Narnia begin with a world held in winter by evil magic. The Silmarillion traces the ways in which the world of The Lord of the Rings has been broken and broken again, literally, and catastrophically. The rediscovery of forgotten lore requires that the lore be first forgotten. Ruined castles must in some fashion have been inhabited and then abandoned.

Only in art do we build ruins as ruins, and they tend to be strangely functional.

Indeed, one of the most enjoyable aspects of the world design in Ico is the way the player’s path occasionally spirals back to a location that looks down on an earlier stage. It has the effect of making the castle feel like a more solid place, of a particular size rather than boundless. Part of this is simply good design, but I think it’s also a subtle nudge from the game itself, reminding the player that the world is a beautiful machine, broken exactly as it needs to be.

This week, I found myself crossing one of the causeways above the impossible arches. Not only could I look down into the water, but I could see the courtyard where the dark queen first appeared. The massive front gate was still closed and the torches I lit still burned. There was a way forward but not out.

I took Yorda’s hand and ran. There was greater machinery ahead, and a sword.

But that’s next week.

Week 2:
Take My Hand, Leave the Camera by Daniel J. Hogan at Clattertron